How Game Theory, AI and Chatbots Could Have Helped United Airlines Avoid a Bad PR

Hey! Guess what! I made a cool $800 last weekend. I had to travel from Chicago to Washington D.C. and the flight was overbooked. The airhostess offered $500 to anyone who would give up their seat. They wanted three seats to be vacated. Everyone had bored look on their faces, or were busy with their phones and laptops. No one moved an inch. The airhostess seemed very perturbed; she tried once again. The third time she tried, she increased the cash offer to $600. At this point, some people started looking up. Encouraged by the interest shown, the airhostess tried again. Still no one moved. Then she announced that she is raising the money to $800 a pop. One couple raised their hands and decided to take the airlines’ offer. I was mulling my options. Then I thought, why not? $800 would finally allow me to buy that iPhone I had been eyeing for quite a while! So, up goes my hand!

As I made my way back into the airport from the flight, I heard a commotion. News was that a passenger was being dragged from a United Airlines flight. I was intrigued. So I turned to Twitter, my source of real-time news. Sure enough, the whole story soon unfolded there. Let me narrate what happened: United Airlines wanted to send four employees from Chicago’s O’Hare International Airport for Louisville, Kentucky. The only problem was that the flight was overbooked. Plus, they had this brainwave after boarding the passengers onto the flight. The airhostesses tried their bit, offered cash and a seat on the next flight. But, no one bit the bullet. So, like everything else these days, United initiated a computerized lottery to determine who should “volunteer” to leave the aircraft. One person was determined not to be the “volunteer” and it ended up becoming an ugly physical confrontation that left the “volunteer” injured. The reaction that followed from the CEO and the airlines immediately after the incident worsened the bad PR they were already getting. 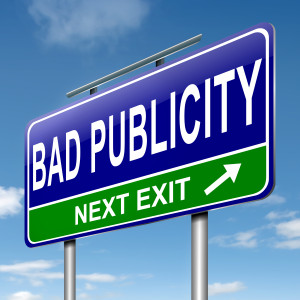 While reading about the incident, I thought why the airlines didn’t use AI, Game Theory, Automation or any of that jazz to help them deal with such incidents, especially since overbooking is a common aviation industry practice. I mean it’s such a no-brainer. Okay, let me spell out how United could have used technology in such a situation:

Overbooking—Cash is not a great carrot!

Like I said before, overbooking is not a crime and a lot of airlines do it. The smart thing would have been to use AI to help with this process. The airlines already have a tonne of data regarding the passengers and employees with them. They could have applied machine learning to the data to predict the number of people who would be willing to give up their seats for a given compensation rate. Game Theory is another strategy that United could have adopted. As you know, Game Theory is the mathematical study of human conflict and cooperation within a competitive situation. While the financial incentives offered by the airlines could entice a few passengers, you can’t possibly pin your hopes on that. The airlines will need to first treat the overbooking problem as a game. Blob likes games! Now, if I were to put on my game theorist hat, I would say that United should not have boarded the passengers and then asked for volunteers to deboard. Because you see, people tend to value things more once they have it. In this case, that’s more or else what happened. And the airline too didn’t raise the cash award. Also, the airline staff didn’t consider the fact that people don’t want to look like they are doing it for the money; even if that was the case.

How to engage passengers in the ‘volunteer’ game

Airlines always have an idea of the number of passengers and the crew for the flight. I mean what are the computers there for, right? By gathering real-time data and applying artificial intelligence on the information, United could have been alerted to the arrival of the four crew members and delayed boarding and let AI decide the next step as today’s AI specializes in sequential processing. Airlines collect data along every point of the traveller’s journey from buying tickets online to dropping off bags, what time passengers prefer to fly etc. Every day, about 2.5 quintillion bytes of data are created. By looking at the volume, variety, velocity and the veracity of the data, AI can help airlines in better decision-making on stock and fuel levels, staff management (in United’s case) and improve their abilities to react proactively to future challenges. Enough of this shizzle! I think games are a better way of engaging passengers actively in the problem. United could have used a chatbot to initiate conversations with passengers to see if they would be willing to give up their seats for incentives like money or a free flight. As more passengers reply “yes”, the prices can be revised downwards. By keeping the passengers engaged and active from the beginning of the game, the airline will be able to get more volunteers and have fewer people bumped off their flights.

Talk and be social

Another area where United really blundered was in how they handled the aftermath of the incident, especially on social media. Of course, the CEO could not stop blabbing and worse say all the wrong things such as being sorry for “having to re-accommodate … customers” and describing the passenger as “disruptive and belligerent”. I feel that he skipped his soft skills training entirely! His reactions set Twitter on fire. #NewUnitedAirlinesMottos was a top trend on Twitter, with users suggesting slogans such as “not enough seating, prepare for a beating”. Even rival airlines took potshots at them. I must admit I did enjoy them though. Now, here is where technology could have helped. Keeping track of discussions surrounding your brand or competitors is crucial for successful social media monitoring and listening. The airline could have used artificial intelligence to determine the sentiment and category of a social media posting. This advanced approach could have given the airline the much needed intelligence surrounding the negative hype around the brand and reacting to them appropriately. Of course, the system does not take into account human stupidity. Even Happy Blob can’t vouch for human frailties. There are apps like Pi from start-up called Post Intelligence that analyzes tweets through deep learning artificial intelligence. Post Intelligence offers content suggestions, personalized trending topics, post engagement prediction, historical reports, sentiment graphing and engagement analysis. Some airlines like KLM Royal Dutch Airlines are using Facebook Messenger chatbots to communicate with the passengers. The bot can send your itinerary, boarding pass, check-in confirmation and even delay notifications through the app. Airlines like Easy Jet and Emirates are using AI technology to remake the ticketing process painless and make the in-flight experience a breeze. British Airways, Brussels Airlines, Air France-KLM are also exploring permanent electronic bag tags for frequent flyers. According to Forrester, self-servicing and automated customer conversations are among the top trends that will shape consumer experiences this year. Airline companies can “explore the power of intelligent agents to add conversational interfaces to static self-service content. They will anticipate needs by context, preferences, and prior queries and will deliver proactive alerts, relevant offers, or content”. While customer service is often secondary to pricing of tickets, airline companies would do well to make it smarter by delivering the right service experience to the right user at the right time.

Coming back to United, the good news is that they are planning to roll out a new automated check-in system later this year that “will gauge a customer’s interest in giving up his or her seat on overbooked flights in exchange for compensation”. Even better, they are upping the compensation. I, for one, am looking to become richer. So, when it comes to customer service, we can have our cake and the icing too as long as we are smart about leveraging the technologies and the data available to us.